Mark Policinski is celebrating his 30th year as a CEO, a position he has held since 2003 with the Ohio-Kentucky-Indiana Regional Council of Governments (OKI).

His notable accomplishments include senior-level positions in the private sector, including CEO of the Brown Publishing Company and vice president of The CoStar Group.

Before moving to Cincinnati, Mark worked in Washington, D.C., as a senior economist for The Joint Economic Committee on Capitol Hill and as the associate deputy secretary of the U.S. Department of Commerce under President Ronald Reagan.

He has served on many public and private sector boards. Mr. Policinski is active in Mater Filius Queen City, an organization providing support for new, at-risk mothers.

For nearly two decades, Mr. Policinski has been named as one of the 100 Most Powerful Leaders in the Tri-State by Cincy Magazine.

He earned a Bachelor of Science in Education degree from Indiana University with concentrations in political science and economics and Master of Economics from Western Kentucky University. 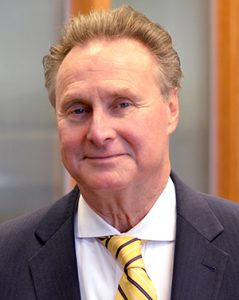