The Ohio-Kentucky-Indiana Regional Council of Governments (OKI) is a council of local governments, business organizations and community groups committed to developing collaborative strategies to improve the quality of life and the economic vitality of the region. 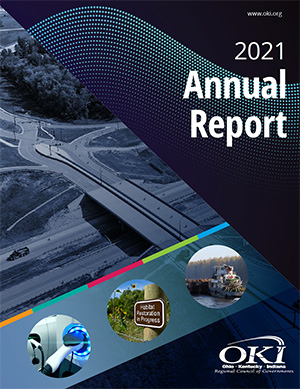 Formed in 1964, OKI has spent 50 years cultivating partnerships and alliances that range from the federal government to local councils. Its 120 members represent governmental, social and civic groups from nearly 200 communities in the eight-county, three-state region.

OKI has final authority over all federal dollars spent on surface transportation in the region. Each year, OKI approves roughly $40 million in funding for projects in the region.

A Council of Governments (COG) is an association that consists of elected public officials who come from the major local governments within an urban or metropolitan area.  Their purpose is to establish a consensus about the needs of an area and the actions needed to solve local and interlocal problems.